I have a great story to tell you in this BLOG. It’s about Ivan Moody’s generosity on March 10th, 2019… at our tattoo shop Trip Ink Tattoo Company in Las Vegas, Nevada. It all started on an ordinary busy Sunday afternoon in March, as tattoos were being done and as the hours dragged on.

Soon our friend Ivan Moody of Five Finger Death Punch would be walking through our doors to get tattooed by Rick Trip, shop owner and lead tattoo artist. His design for his Phoenix tattoo (designed by Rick Trip and world famous airbrush artist Jason Oberly), for the side of his face and head, was ready to get started… on this day.

Hours later, after many In and Out Burgers (bought by Ivan for everybody at the shop), chatting and tattooing… tattoos were being finished up and it was time to start closing up shop. But not until Ivan decided to show even more generosity by offering to pay for his neighbor’s huge tattoo! This guy was also celebrating his sobriety! And for 10 years!

The picture up top is of the rest of us at the shop before we all left for the night. The sweetest family in the middle from Texas, with the kids and the mom and dad… the dad, Richard had his tattoo paid for by Ivan Moody himself. And then there’s Richard’s talented tattoo artist Rain, with his wife Glenda, and then Coob and of course Rick and Stef Trip, with Ivan Moody to the far right.

That night wasn’t just so amazing because of what Ivan did for a complete stranger, that had also also gone through similar struggles… it was about the rebirth of a man that has so much more to give. Ivan even gave him his first day sobriety coin! He was so happy that when Ivan drove away his awe was so intense he cried.

I hope that this story helps others to see that there’s always hope and happiness for those that reach for it. Its never easy and Ivan proved that to us with what he’s already accomplished. 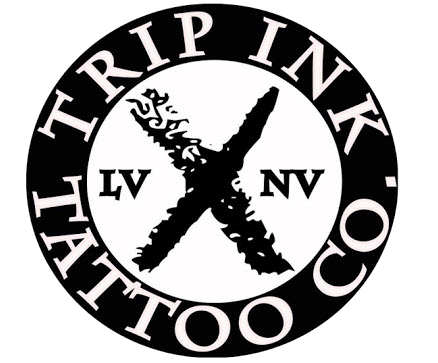